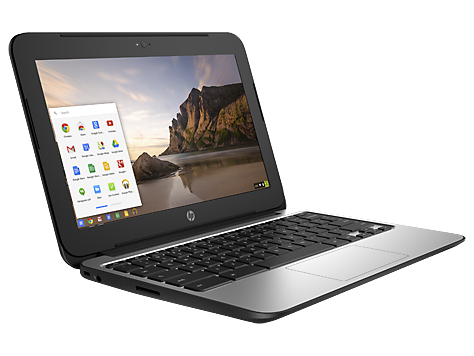 Google Chromebook power-on (boot) in a matter of seconds, at a fraction of the time a traditional Windows-based computer takes. Google Chromebooks have excellent battery life, with many users experiencing over 8 hours of use on a single charge. Unlike Windows-based computers, Google Chromebooks are not susceptible to viruses and malware.
TSC-issued Chromebooks will come with a variety of applications pre-loaded for student use. Instead of using Microsoft Office for word processing and presentation/slide show tasks, students will utilize Google's productivity suite (Google Docs, Google Slides, etc.). Students will have unlimited storage via Google Drive, wherein all of their files will be saved "in the cloud." Students' files will also be synced to their Chromebooks's internal hard drive for offline access.

To learn more about Google Chromebooks and how to use them, click here.

The Tippecanoe School Corporation views personal computing devices as necessary tools that are critical to student learning. In order to prepare students for an increasingly connected, technology-centric world, it is imperative for them to have access to high quality digital tools and resources. Just as students are required to pay rental fees each year for their textbooks and course materials, they also pay a rental fee for the personal computing device with which they're provided. The rental fee covers a fraction of the total cost of the device, but does not cover damages, theft, or loss. Currently, TSC students included in the 1 to 1 initiative have a different device depending on their grade level. However, the rental fee is the same regardless of the device model.

The hardware rental fee will be included with the rest of the textbook and material fees assessed at the beginning of the school year. This fee does not provide coverage for potential damages and their corresponding charges. For information about potential damage charges as well as available insurance coverage, please visit the Damages/Liabilities and Insurance Options sections below.

All TSC students are assessed a yearly software fee, which helps to fund their usage of various instructional software applications. The software fee amount for each level is shown below for the 2017-18 school year:

The student is responsible for maintaining a 100% working device at all times. The student shall use reasonable care to ensure that the device is not damaged; refer to the standards for care and usage to learn how to maintain a functioning device. If a device is damaged in such a manner that its use and functionality is impacted, TSC will charge the student the cost for repair or replacement, including labor, when damage occurs. When 8th grade students return their device at the end of their middle school career, damage fees may be assessed for damages to their device. Lost parts will be charged at the current TSC replacement cost.

Below is a listing of potential damage charges students could incur depending on the device they have been issued. Because TSC repairs damages internally, they are able to achieve considerable savings in labor costs. Due to agreements with each manufacturer, TSC must repair devices with parts purchased directly from the manufacturer and is unable to utilize after market/OEM parts. TSC obtains these parts at a discounted rate, and that cost is then passed along to the party responsible for the damage.

Please note: The below costs are an estimate, as the actual costs fluctuate on a regular basis.

TSC families who have students participating in the 1:1 initiative are encouraged to purchase an insurance policy from Worth Ave. Group to protect against potential damage and loss charges. Worth Ave. offers a variety of coverage options for each of the devices TSC students rent. Listed below is information about the insurance policies as well as instructions on how to file a claim. If covered damage/loss occurs, the upfront cost is paid by the student and a reimbursement claim is filed with Worth Ave. The TSC does not receive payments from Worth Ave.