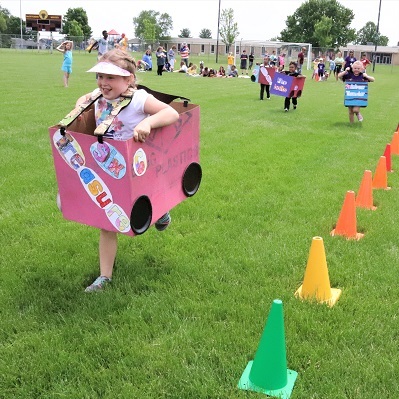 The second annual Kindy 500 started later in the day because of threatening clouds above the McCutcheon High School Soccer Field. The delay didn't dampen the spirits of spectators who gathered to see the greatest spectacle in elementary student racing.

Weeks leading up to race day, students read books and researched the history of the Indianapolis 500. The students chose their team names, colors, car numbers and painted the cardboard racing machines. "The kids learned teamwork and compromise when making team decisions," says teacher SunShine Waber. "The students used writing and reading skills to research and decorate their cars. They learned about an Indianapolis tradition that some may never get to attend. They used their gross motor skills during practice and the race."

When the green flag waved, the races began with three heats leading up to the championship round. Car 11, belonging to Team Reds, crossed the finish line first with the checkered flag waving and the crowd cheering. In Victory Lane, students received a trophy and a carton of milk. The crowd chanted, "Kiss the bricks," until the racers leaned down to kiss the painted cardboard strip of bricks. 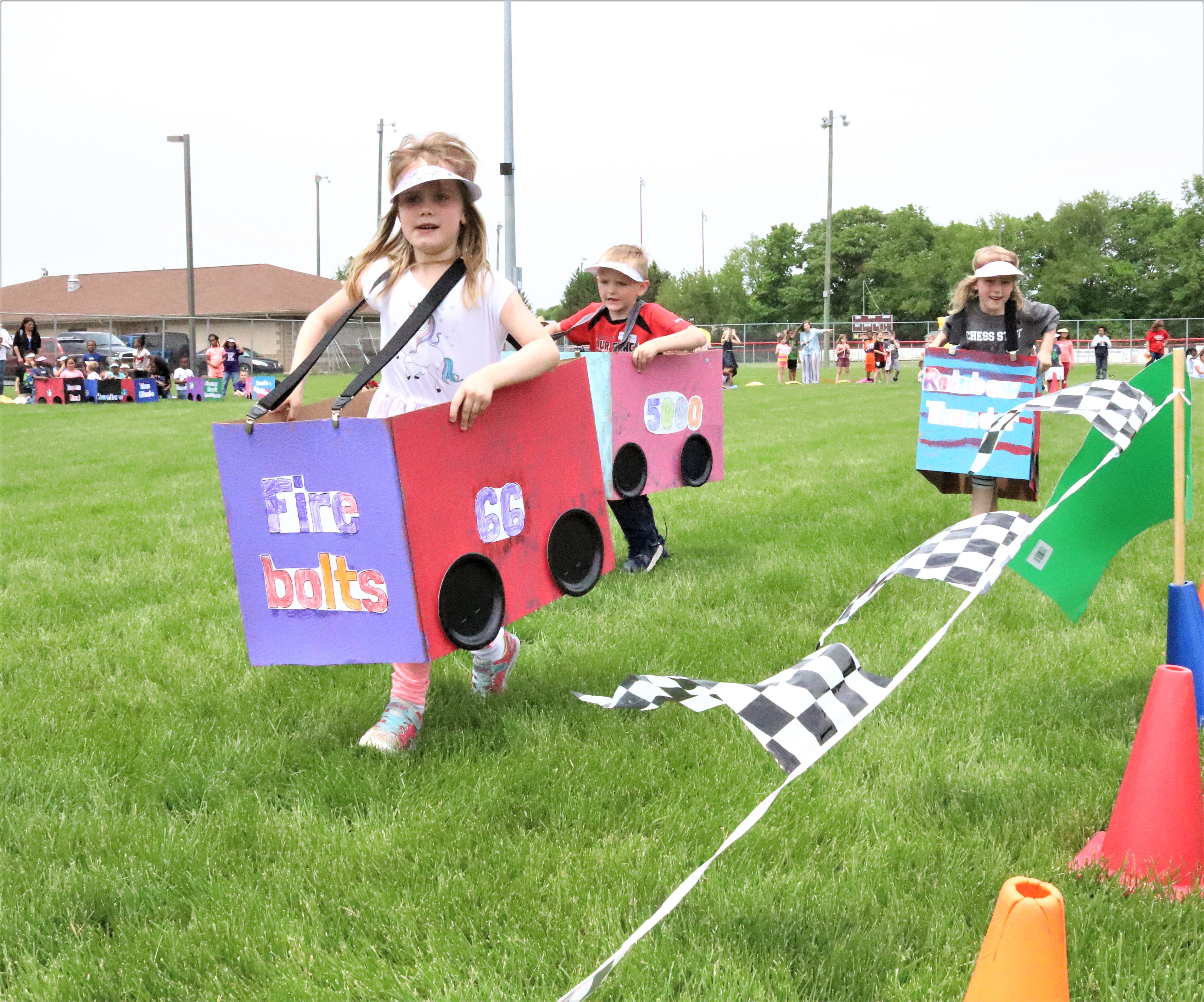 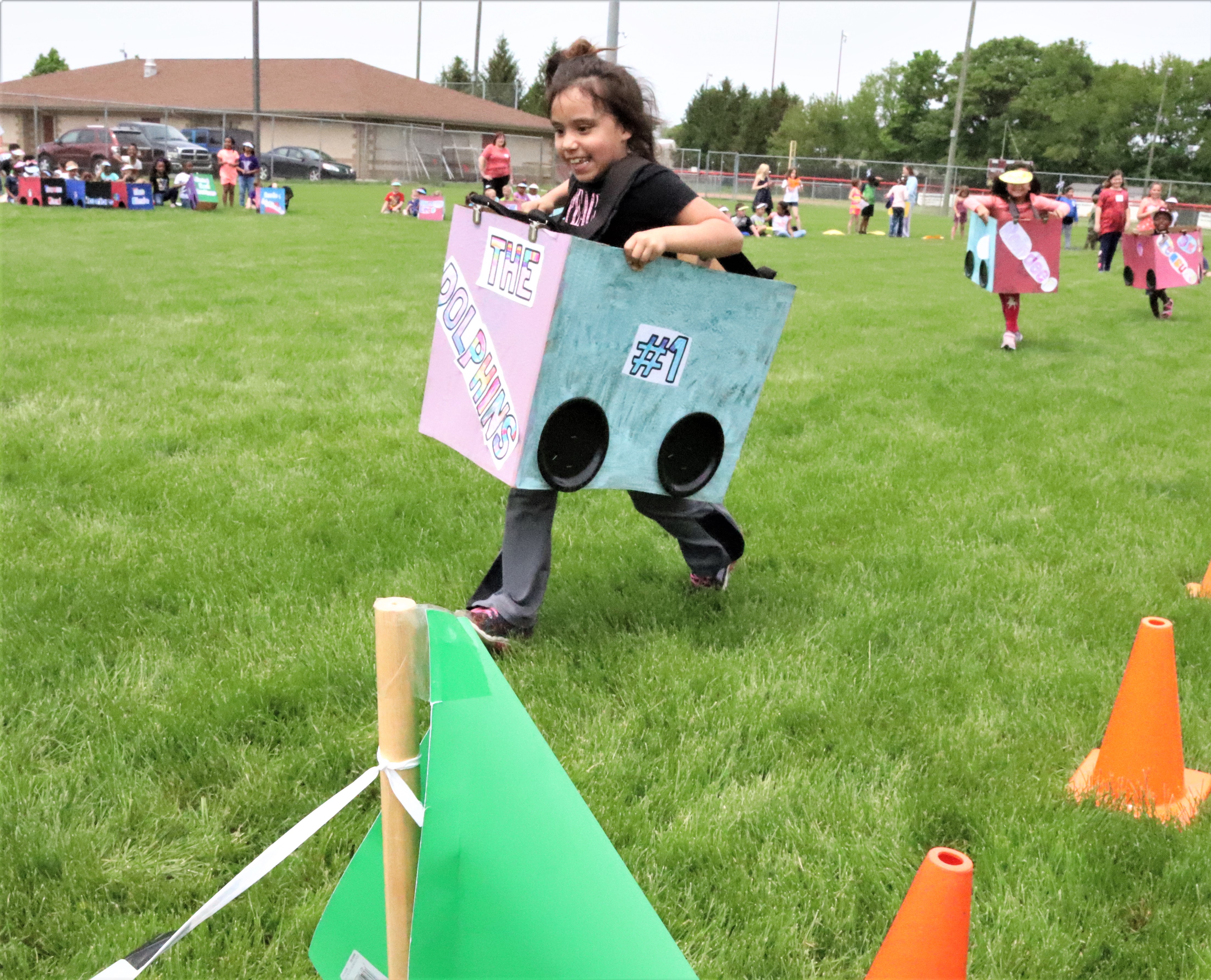 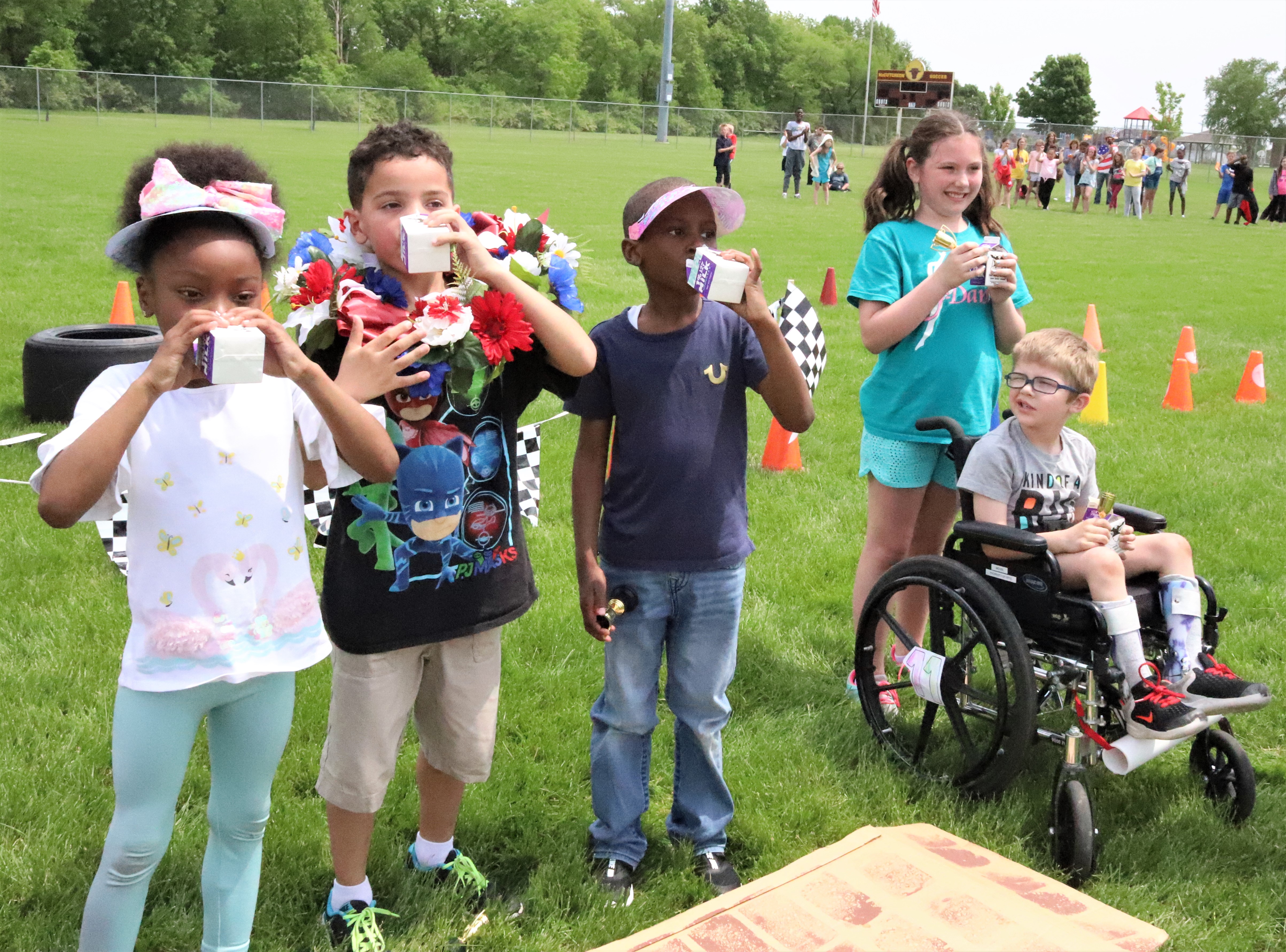