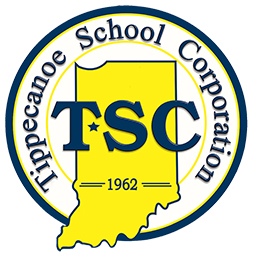 In 1995 the Indiana General Assembly enacted legislation re-defining students’ rights and responsibilities. The law requires schools to make a “good faith effort to disseminate to students or parents generally the substance of any rule or standard.” This pamphlet is designed to accomplish that required “good faith effort.” Complete copies of the law, its procedures and related forms are available in the Principals’ Office. Students and parents who wish to review the entire text of the law should contact their respective Principal.

The entire foundation and success of public school education depends on the basic concept of self-discipline. Certain standards of student conduct are necessary to assure that students seeking to express their own individual rights do not at the same time infringe upon the rights of others. The responsibility for the development and maintenance of self-discipline falls to the cooperative efforts of students, parents, teachers, administrators and community.

The responsibility for the development and enforcement of regulations for the protection of the rights of individuals is delegated by the Board of School Trustees to responsible officials within the School Corporation. The purpose of discipline controls is to help create an atmosphere that promotes the best possible learning environment for all those involved in the educational process.

An environment that provides equal opportunity for all and permits the teaching-learning process to proceed in an orderly manner is the objective of all school personnel. School staff members will make every effort, individually, collectively, and cooperatively with appropriate available community resources, to help each student gain acceptable self-discipline standards.

The Board authorizes enforcement of all rules and regulations contained in the documents, “Rights, Rules, and Responsibilities.”

All such matters shall be executed in a manner which insures due process for students and protects all members of the educational community in the exercise of their duties and responsibilities.

It is the policy of the Tippecanoe School Corporation that all students enrolled in its schools shall be in attendance every day that the schools are open for student attendance during each regular school term, unless absent in accordance with Indiana Code.

Specific attendance policies are described in student handbooks, newsletters, in opening-of-school meetings, and various other forms.

The dress and grooming of an individual should reflect upon the “society” (and activity) in which he/she is located at the present time. Our “society”, Tippecanoe School Corporation Schools, should house students who use good judgment in attire and grooming-simplicity, safety, neatness, and appropriateness. Students should wear appropriate attire during the regular school day and at school-sponsored activities.

Generally speaking, school lockers remain the property of the school, and are available to students to store temporarily only school supplies and personal items necessary for use at school. School authorities may inspect lockers either individually “for good cause” or collectively to assure safety and cleanliness.

The Principal or his designee may search a school locker and its contents any time that there is reason to expect that the locker contains dangerous or prohibited material.

Students are expected to behave on buses in the same manner as they behave in the classroom. Specific results of first, second, and third offenses on buses are specified in the document, “School Bus Discipline” and will be administered by the drivers and respective Principals.

Principals and teachers shall be expected to maintain order and discipline in the schools. Observance of the laws and the rules and regulations of the Corporation shall be required of all students. Good citizenship and self-discipline are concepts which should be integral parts of the Corporation’s program of regulating pupil conduct. Every attempt shall be made to provide positive, individualized discipline.

In support of Tippecanoe School Corporation's mission of maintaining the highest professional standards, honesty will be expected at all levels. Cheating is unacceptable. School handbooks and course syllabi outline detailed expectations and consequences associated with honesty, plagiarism, and cheating in schools.

“Temporary Dismissal”: Removal of a student from a class or activity for a one day period by authority of a teacher.

“Suspension”: Disciplinary action whereby a student is separated from school for a period of ten (10) days or less and which does not constitute an expulsion.

The Board of School Trustees of Tippecanoe School Corporation declared that certain student misconduct will be grounds for suspension or expulsion of students from school. This is a summary of that policy. Specific penalties for violation or noncompliance, ranging from a three-day suspension to expulsion for the remainder of a school year are specified in the full text for each type of misconduct.

In addition, Indiana Code prohibits the Bureau of Motor Vehicles from issuing a driver’s license or permit to a student less than 18 who is under:

Such misconduct is defined to include, but not limited to the following acts: (“G” Rules)

In accordance with Indiana Code, a person less than 18 years of age who possesses tobacco on his person commits a Class C infraction. Any student who is in violation of this offense wil be issued a citation by the Tippecanoe County Sheriff’s Department. The student will then be cited into Tippecanoe Superior Court 6 and could expect court costs plus up to $500.00 in fines. (Use or possession of any tobacco products are included—i.e. dip, chew, e-cigarettes, etc.)

13. Using on school grounds during school hours an electronic paging device, hand-held portable telephone, electronic storage or recording devices, or other similar electronic devices in a situation not related to a school purpose or an educational function. Any student needing to place a telephone call during school hours should request permission to use a school telephone during passing periods. Parent(s)/Guardian(s) allowing students to carry electronic devices to school, implies permission to the school to have access to any and all information on the device if confiscated for disciplinary or investigative purposes. Information contained on devices is subject to inspection.

14. Possession of any firearm, destructive device, or deadly weapon on school property which is in violation of Federal Law. The penalty for such violation is expulsion for a calendar year.

A Principal may suspend a student from school for a period not to exceed ten (10) days. Except in emergencies, the student shall be given notice of the charges and an opportunity to present his/her side of the story before suspension. Within twenty-four (24) hours, or such additional time as is reasonably necessary following suspension, the Principal will send a written statement to the student’s parents describing the student’s misconduct or violation of a rule or standard and the action taken.

If the Superintendent decides that there are reasonable grounds for investigation or that an investigation is desirable, a Hearing Examiner will be appointed who will give written notice to the student and the parent of an expulsion and date, time, and place for the meeting.

The findings and determination of the Hearing Examiner or the Superintendent shall be mailed by certified mail or personally delivered to the student, and parent, guardian, or custodian.